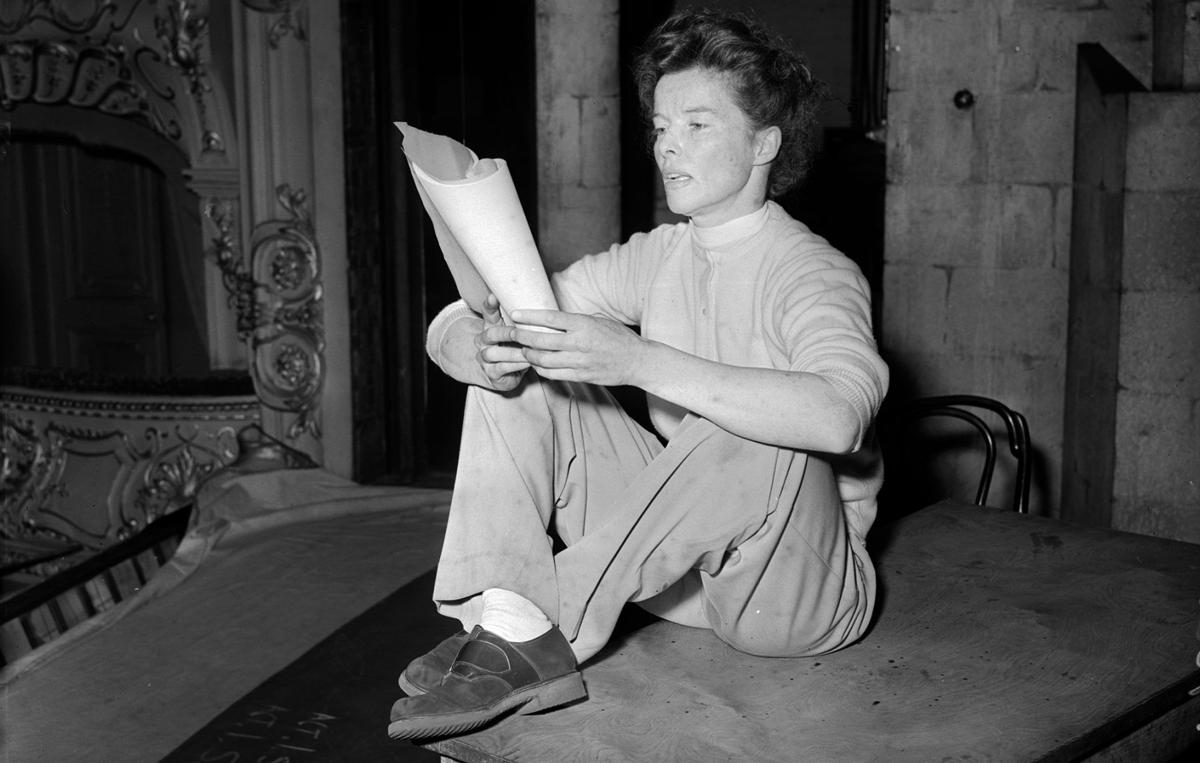 Defying the norms of the time, Katharine Hepburn was known for wearing pants. (Nixon/Getty Images) 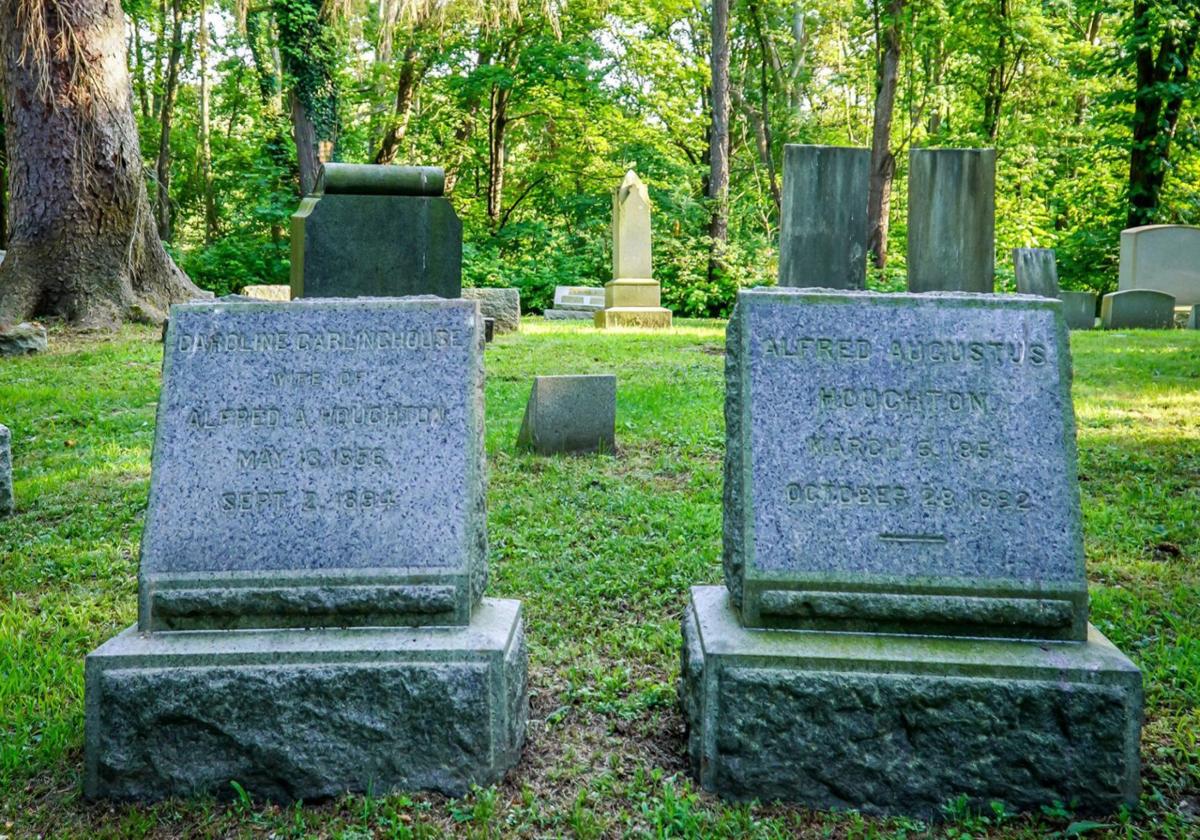 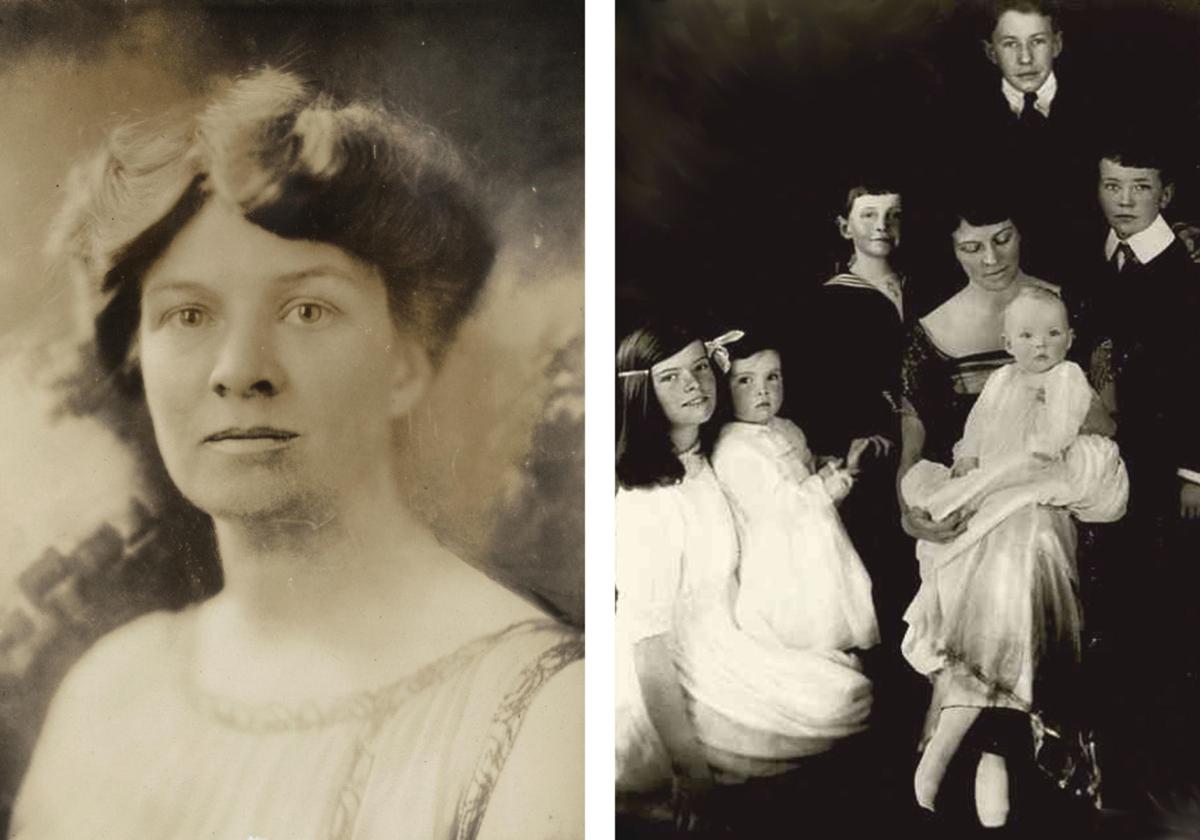 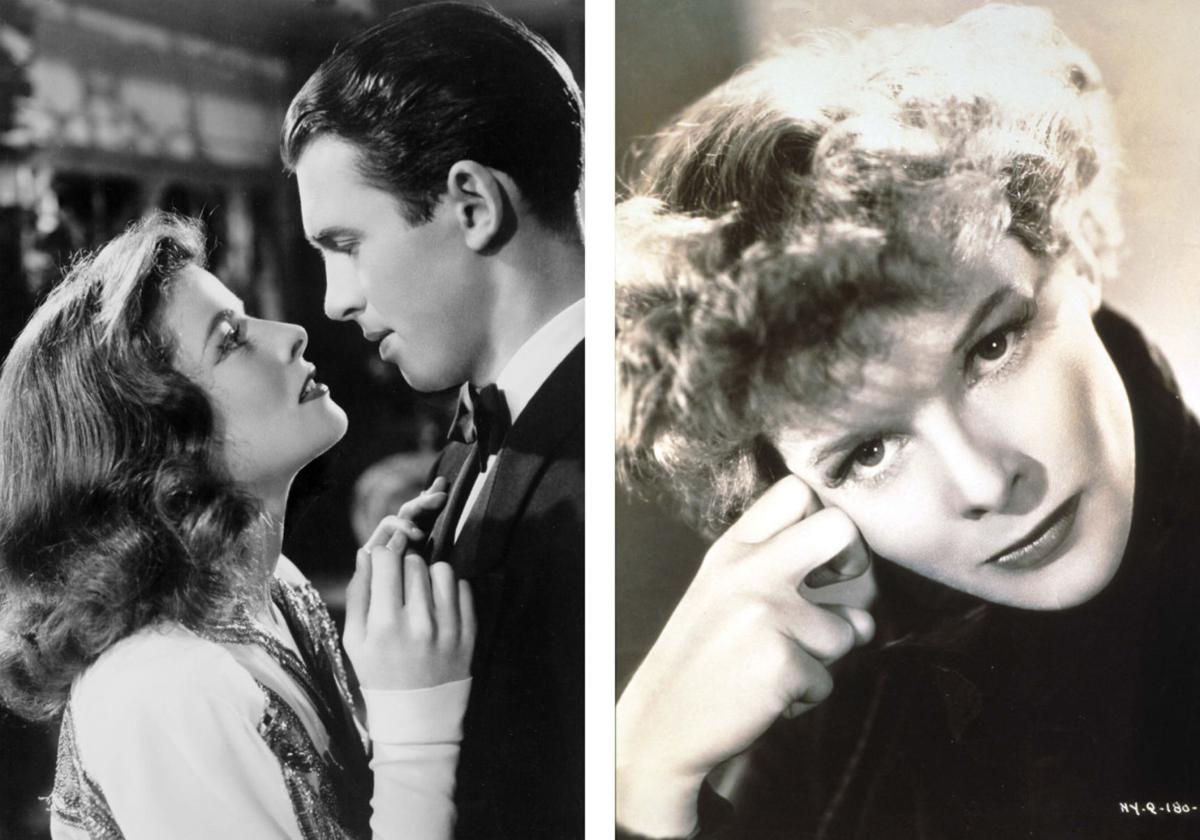 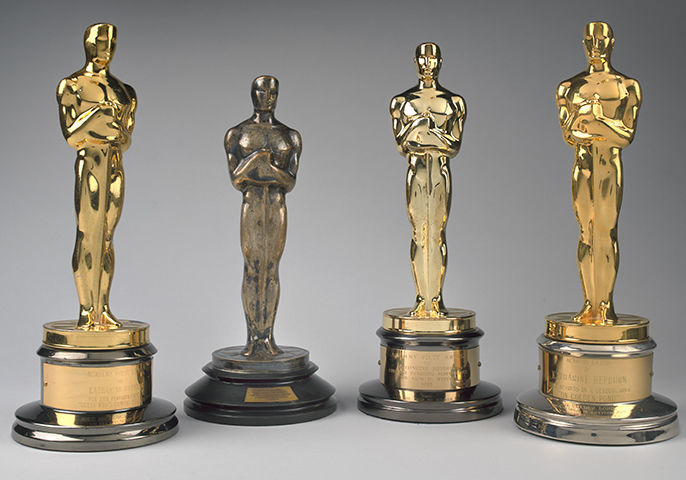 Katharine Hepburn became the model for the modern American woman during the middle of the 20th century. She spoke her mind, once musing “I have not lived as a woman. I have lived as a man.” She wore trousers, which for her time was considered scandalous. She spurned the Hollywood glitz and social life and did not show for any Academy Award ceremony, even the record four times she won as best actress.

Many attributed Hepburn’s unbendable will to her parents and her Yankee upbringing. Truth be told, her fierce independence and demanding and outspoken personality can be traced to her Buffalo-born mother, also named Katharine but ‘Kit’ to friends and relatives, and her maternal grandparents.

Theirs is a story of wealth, servants, private tutors and mixing with Buffalo’s privileged class during the city’s heyday. It is also a story of tragedy, early death and a mother’s death-bed insistence that her three teenage daughters—soon to be orphans—get a liberal education.

The film star’s maternal grandparents were Caroline Spaulding Garlinghouse of Buffalo and Alfred Augustus Houghton, a member of the Corning Glass Works family, who came to Buffalo to work at the Buffalo Scale Company. They married on May 7, 1877 and lived on Prospect Street in Buffalo. The Houghtons were members of the Buffalo industrial elite. Alfred rose in senior management at his job. Caroline was active in organizations like the Women’s Investigating Club, a group of women who discussed the issues of the day.

Caroline “recognized the intellectual capabilities of women and sought to challenge herself academically. It would be a valuable lesson that she would impart to her daughters,” according to a Houghton family genealogy. Kit was the first born, followed by Edith and Marion. Private tutors educated the girls. Cooks, maids and other hired help attended to their needs.

“The Houghton children were exposed to the liberal beliefs of their parents that were contrary to the established mores of most of Victorian Buffalo. They did not attend church, as Alfred and Carrie were more interested in self exploration, following the ideas of the noted free thinker Robert Ingersoll who in the 1800s preached agnosticism and promoted controversial intellectual causes such as evolution,” the genealogy states.

The family spent their summers at the “Farm,” a home on seven acres in Athol Springs, where the three girls romped and played.

“The family swam in Lake Erie, rode horses on the beach, and picked wild strawberries in the fields. The girls had their own pony cart and the first bicycles at the lake,” the family genealogy states.

Those early years for the girls sound idyllic, but they soon ended. Alfred suffered from depression and on Oct. 28, 1892, committed suicide, shooting himself in the head while on a visit to relatives in Corning. Soon after, Caroline had devastating news.

“Mother said that my grandmother had just found out that she had stomach cancer just after my grandfather committed suicide,” the film star related in a biography, “I Know Where I am Going.”

Though treated by Dr. Roswell Park, Caroline Houghton died two years later at the age of 38. On her deathbed, Caroline called for her oldest daughter, Kit, and gave her instructions.

“‘I want you to get an education so that you will be able to have an independent point of view in life…I want you to help your sisters go to college, too, to Bryn Mawr,” Caroline told Kit.

Caroline selected Bryn Mawr College in Pennsylvania because of its reputation for progressive education for women. But that is not what Amory Houghton Jr., their uncle and family patriarch, had in mind for them. He wanted a finishing school. And he had control of the money as an executor of Caroline’s estate.

After her husband died, Caroline sold their “Farm” in Hamburg and her husband’s stock in the Buffalo Scale Company. She gave the proceeds to Amory Houghton to invest so that her daughters would have a secure financial future and get the education she and her husband wanted for them. The uncle’s investments greatly increased the value of his brother’s estate.

“He was said to have the Midas touch,” the film star said in the biography. But he also had different ideas on how the three girls should be raised.

“Amory, like most men of his time, was against the liberal education of women, and he convinced the other executors of Caroline’s estate to ignore the clause in Caroline’s will concerning the girls’ education,” according to the family genealogy.

Kit, who was 17, rebelled and started legal proceedings to name a guardian their uncle considered unfit and a “reprobate.” The uncle finally relented. Kit was accepted at Bryn Mawr, and her sisters moved nearby to attend a prep school for the college, which they later attended.

“My mother graduated from Bryn Mawr in 1899,” Katharine said in the biography. “She studied history and political science. She went on to study chemistry and received her master’s degree from Radcliffe in 1900.”

After college, Kit became a leader in the suffrage movement and met with President Woodrow Wilson about voting rights for women. She also helped Margaret Sanger found what eventually would become Planned Parenthood. Kit married Dr. Thomas N. Hepburn, a urologist in Connecticut, and they had six children—the second oldest being the film star Katharine Houghton Hepburn, who was named by the American Film Institute as the “greatest American screen legend” among women in 1999.

Young Katharine continued the family tradition of getting an education at Bryn Mawr College, and throughout her long life, she became known for her independence, spirit and outspokenness. Much of that drive can be attributed to her maternal grandparents and her mother.

“Mother was extremely independent for her day,” the film star said. “She believed a woman should be able to have a life outside her home, if she wanted, even if she married and had children.”

Katharine Hepburn’s maternal grandparents who put her mother on that road to independence are buried in Section A, Lot 12 of Prospect Lawn Cemetery in Hamburg.

Katharine Houghton Hepburn acted in Hollywood and on Broadway for nearly seven decades, winning more Academy Awards than any other performer (four best actress awards). The American Film Institute in 1999 said she was the “greatest American screen legend” among females.

But her legacy wasn’t just about the theater or movies. She was a role model for the modern American woman of the 20th century. She is named in the Encyclopedia Britannica’s list of “300 Women Who Changed the World,” and Ladies Home Journal’s book “100 Most Important Women of the 20th Century.”

Hepburn earned success early in her acting career, winning her first Oscar for her third movie, “Morning Glory,” in 1933. Over the course of her career she appeared in 52 films and was nominated for 12 Academy Awards. Only Meryl Streep has more nominations.

Some of her best-known films were “Bringing Up Baby,” “The African Queen,” “Long Day’s Journey Into Night,” “Guess Who’s Coming to Dinner,” “The Lion in Winter” and “On Golden Pond.”

Her life philosophy, which originated with her grandmother and mother, was “Don’t give in. Fight for your future. Women are as good as men. Make your own trail. Don’t moan. Think positively.”

She wore slacks, which others at that time considered scandalous for women, and when her pants were taken at one studio, she walked around in her underwear until they were returned.

The New York Times obituary recounted: “Her versatility lasted well into her career. She played the distraught, drug-addicted Mary Tyrone in the 1962 film of Eugene O’Neill’s ‘Long Day’s Journey Into Night.’ She was a fair match in toughness for John Wayne in the western ‘Rooster Cogburn’ (1975). And in ‘On Golden Pond’ (1981) she starred opposite Henry Fonda as a feisty older woman coping with her husband’s failing memory and insisting that they should go on and live life to the fullest. In that role, the on-screen and off-screen Hepburn seemed to meld as easily as they had in her youth.”

Buffalo's bygone buildings, then and now

Since its founding in 1862, the Buffalo History Museum has been a faithful steward of our region’s rich heritage, helping to share and preserve the stories of the people, places and moments that have shaped Western New York. Its permanent collection includes more than 100,000 physical objects, 20,000 books and 200,000 photographs—and now, for the first time, many of

America was at war in the Atlantic and the Pacific, when an aircraft carrier appeared on the horizon. A squadron of Navy planes buzzed overhea…

Defying the norms of the time, Katharine Hepburn was known for wearing pants. (Nixon/Getty Images)