If you drive south on Route 62 out of North Collins and make a left turn up Shirley Road, a brown barn emerges on the left side of the road from the undulating farmland about a half mile or so up the hill.

As you get closer, though, you realize this is no ordinary barn. It is a round barn—actually, 16 sided—with a conical roof and roughly two stories high. A couple sides are whitewashed but most of it is weather-beaten brown.

Still, given that the barn is more than 120 years old, it’s in pretty good shape. And it attracts a lot of attention, especially as summer transitions into the end of the year.

Wesley and Jamie Awald, who own the barn and W&J Awald Farms, open up a store on the first floor of the barn in September, selling fall ornamentals and pumpkins, and offering kids’ activities like hayrides and a corn maze. Then in November and December, the first floor becomes a Christmas store, where the Awalds sell Christmas trees and ornaments.

But a big attraction is just walking around, and into, the unusual and historic barn.

“They love it,” Jamie Awald said of the customers who explore the barn’s first floor. “They love seeing the original woodwork…They like to see how it was put together.”

Charles A. Hager, a builder and contractor, built the barn in 1901, according to records from Town Historian Georgianne Bowman. It no doubt was part of the round barn movement of the late-1800s and early-1900s—when many work-weary and money-strapped farmers became convinced that eight-, 10- , 12 and 16-sided barns were less expensive to build and far more labor efficient to use than the traditional rectangular barn.

New York state once had 42 such barns, and perhaps a dozen still stand. Many of those that do remain are listed on the National Register of Historic Places, as is this barn in North Collins. Called the Gamel Hexadecagon Barn, it’s named after one of the barn’s later owners.

The round barn movement stretched from New York to Kansas, and dozens of the barns still exist farther west as well.

The late 19th-century origins can be traced to a “gentleman farmer” from Hamburg.

“The direct father of the movement seems to be Elliott W. Stewart, a wealthy farmer from Erie County, New York,” according to The Round Barns of Kansas by James R. Shortridge.

Stewart was born July 14, 1817, in Madison County. He arrived in Buffalo in 1846 after being admitted to the bar. But health problems prompted him to give up his law practice and purchase 209 acres close to Eighteen Mile Creek near Lake View.

“Here Mr. Stewart became both a ‘gentleman’ farmer and a very practical ‘dirt’ farmer,” according to a newspaper article at the time. “In fact, he became a ‘Farmer of the Future,” since he not only improved farm methods but initiated new techniques as well.”

When fire destroyed four of his barns in 1874, Stewart hired a carpenter to replace them with one octagonal barn. The wood-frame barn was 80 feet in diameter, two stories high and had a conical roof. The inside ground floor had a rectangular configuration with two parallel rows of stalls for 40 cows, their heads facing the center aisle for feed. A row of stalls for six horses was against the south wall, and pens for calves and storage bins were on the opposite wall.

“When Stewart’s barn was completed in 1875, he was so proud of his accomplishment that he wanted farmers everywhere to hear of his barn’s superior design,” according to Richard Triumpho’s Round Barns of New York.

And he had the means to spread the word.

Stewart was a nonresident professor of agriculture at Cornell University and editor of the monthly Buffalo Livestock Journal. He wrote an article with engravings of his octagon barn for the January 1876 issue.

“Elliot Stewart touted his octagon design for its inexpensive construction, wind resistance, efficiency of use, and general strength of form,” according to the Round Barns of Kansas.

His article was picked up by other periodicals and word spread, especially to the west, where other farmers imitated his designs.

The round barn in North Collins, like Stewart’s in Lake View, was a dairy farm. The Awalds bought the barn and the farmland around it in 1999 from Maynard and Barbara Gamel. The Awalds, who are crop farmers, have since removed the 28 cow stanchions, the stalls for four horses and the silo that was in the middle.

In more recent years, they opened the store for fall and Christmas, while also working to restore the barn.

“Restoring an old piece of history is a challenge,” Jamie said, especially as they continue operating their crop farm of pumpkins and berry root stock.

A state historic preservation grant of roughly $24,000 in 2002 helped, and they were able to correct the lean in the barn with cables and replace some of the siding. As a historic site, repairs and restoration must keep the integrity of the original structure. That means only hemlock wood is used.

“The goal is trying to restore this piece of history,” she said. “It requires quite a bit of work. Right now, it needs a new roof, and all the siding needs to be redone.”

But in this lengthy process of restoration, the Awalds see that others stop and grasp the same appreciation of the round barn as they have. That is one of the reasons the Awalds opened up the inside of the barn for the store—so that people can see the inside.

“People think it’s cool,” Jamie said. “When they come in here, they are really amazed.” 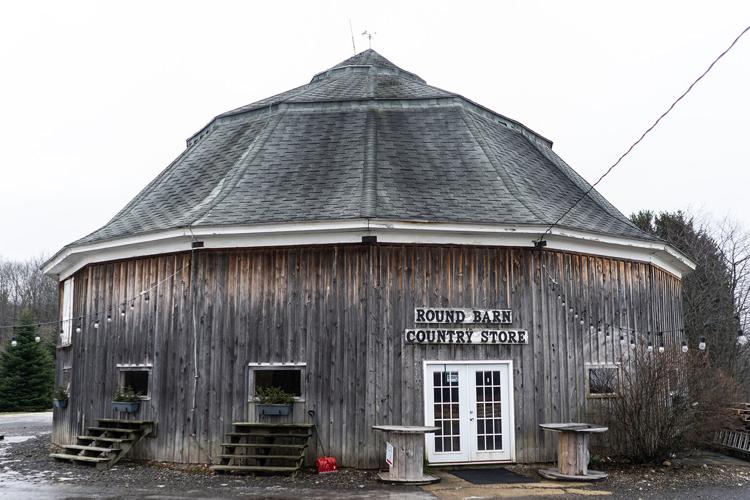 Wesley and Jamie Awald, who own one of New York State's last remaining round barns, are in the process of carefully restoring its historical structure. 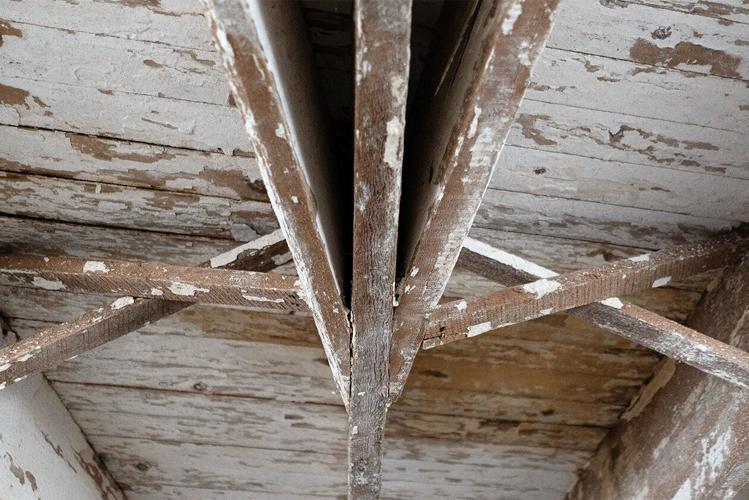 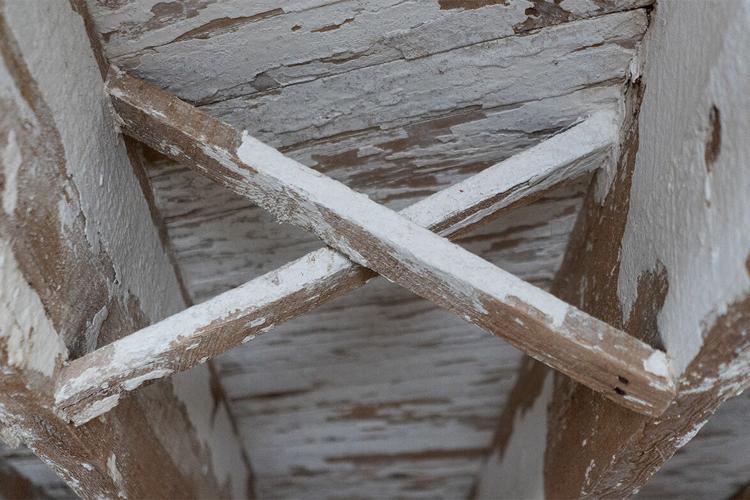 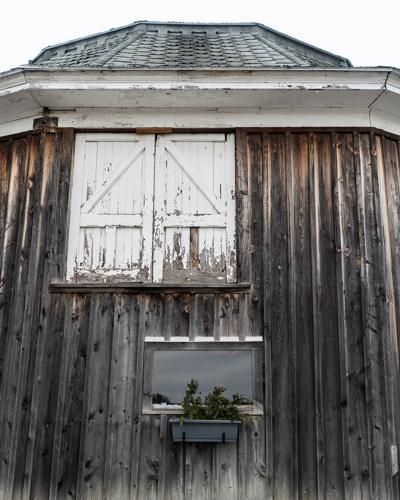