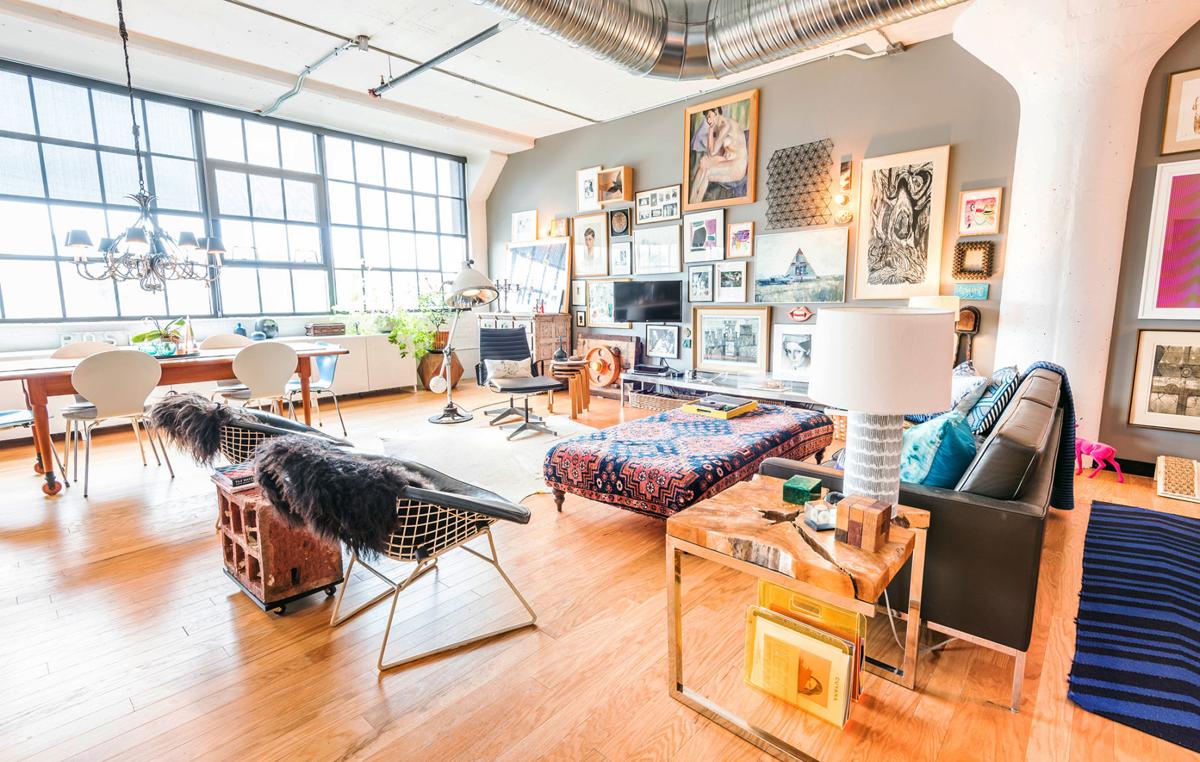 Leah Glickman said she moved into her apartment at 500 Seneca, a newer renovation in Larkinville, because the neighborhood felt “right.” (Matthew Digati) 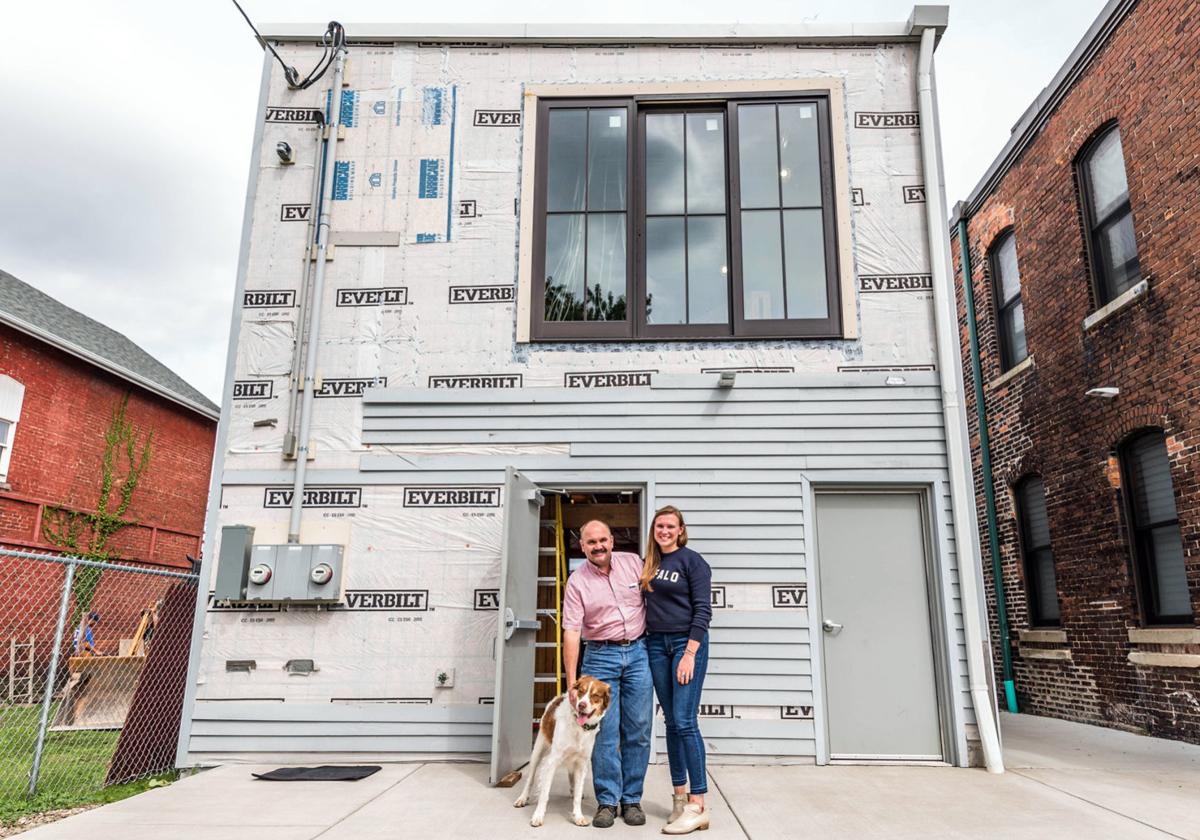 The backside of Heidinger’s Larkinville residence. Her dad, Tom, an electrician, did most of the renovations. 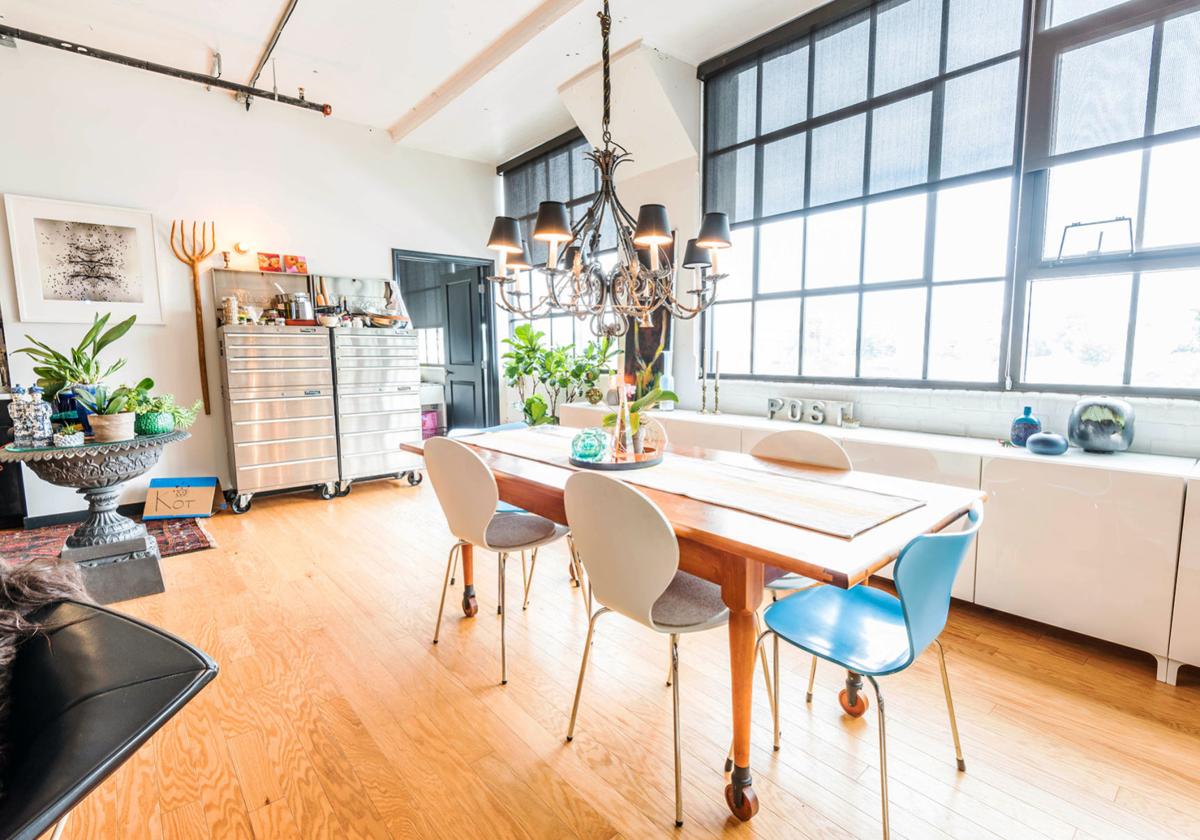 A number of residential units are complete, and many more are under construction. At the Hydraulic Lofts at 500 Seneca, Savarino Companies has 97 apartments. Fully occupied, there’s a waiting list of over 200 people.

Leah Glickman is a resident at 500 Seneca; she moved in mid-2017, after having patronized a small business in the building.

“This neighborhood felt right; like it was on the cusp,” she said. “I love the fact that it’s surrounded by owner-occupied properties; families who’ve lived here for generations. Outside of the Larkinville ‘bubble,’ on Buffalo’s East Side, things are changing in a good way. The streets are well maintained; I see kids playing, hear the ice cream truck and the church choir.”

At 545 Swan Street, Indianapolis-based KCG Development is renovating another former warehouse for mixed use; it has announced 147 residential units.

And the Zemskys have big plans: a new 110,000-square-foot building for mixed use at 111 Hydraulic Street, with 110 living units, planned to come online by 2020. They are designing a park for more publicly accessible green space and are renovating several mid-size buildings with living units. They’ve also purchased and gutted a few smaller structures, offered as blank-slate live-work spaces to entrepreneurial types.

Colleen E. Heidinger, a native of Buffalo’s Old First Ward, purchased one of those blank-slate buildings in 2015, and her renovation is almost complete. Heidinger, a vice president at 43North and an event planner, will live on the second floor. She hasn’t settled on the exact commercial use for the ground floor, but is considering offering it as a convertible small event space and/or a yoga studio.

“The Zemskys are doing everything right; they’re putting the time in. It feels good,” said Heidinger. “When I first told people I bought it, they said ‘why?’ Now, they say ‘are more available?’ The value is there— the amount of people coming on historic tours, to the bars and restaurants and attending events, acknowledges the stunningly beautiful neighborhood rehabilitation.”

Jim Cornell, a managing partner with Seneca Larkin Holdings, iterates that urban living environments close to downtown are becoming more desirable. “We get inquiries from people who work here and want to live here, too,” he said.

Any challenges and barriers can be met, attest both residents and developers. “We’re working with the city to make access via Seneca Street from downtown better paved and more walkable,” said Cornell.

“Parking down here can be challenging,” said Zemsky. “That’s part of a city on the rise. We’re working with neighbors and the city to try and help.” She added that in the larger picture, a positive urban “infill” is happening, with mixed-use projects on either side of the neighborhood creating continuity.

“Access is important; we want to be more of an extension of downtown, not a pocket,” agreed Heidinger. “Also, with more residents, the things that people need, like coffee shops, a dry cleaner and grocery stores, will come naturally.”

“This neighborhood is a welcome change,” said Glickman. “It’s energizing, and full of new hope.”

Like most Buffalo neighborhoods, the Larkin District—generally defined as Seneca Street fromLouisiana Street to Smith Street—has deep history. Here in the 1820s, the Hydraulic Canal was constructed in an area already bustling with businesses and homes,. The city’s first hydropower source, it drove a thriving industrial hub. In the late 1800s through the early 1940s, Larkin Soap Company headquartered here—owner John Larkin engaged young Frank Lloyd Wright, beginning Buffalo’s association with one of America’s most-revered architects.

As with many Buffalo assets, there were also decades of neglect, some poor decisions and ennui. Cut to 2002. Since then, the Zemsky family’s Larkin Development Group, and other local developers including Savarino Companies and Seneca Larkin Holdings, have invested in the district. The long-term goal is to create a live-work-play area adjacent to downtown.

The “work” element is now solid. Key Bank and M&T Bank anchor the commercial base, and industrial concerns are also taking advantage of the massive spaces available in renovated warehouses.

The next push brings “live” and “play” to the forefront. Service businesses and amenities are gaining traction, including a salon, personal training studio, restaurants, a wine shop, Flying Bison Brewery (an area pioneer), several craft distilleries and public space at Larkin Square.

Never underestimate the power of a single change when it comes to reviving a spot in your home you’ve grown tired of. Drawing inspiration from…

Buffalo native John Robshaw finds inspiration for his textile prints in everything from a tumbling-down graffiti wall in Tashkent, Uzbekistan,…

The master bathroom of Aubrey Hlavaty, owner of Copper & Cotton Bath Design & Supply, and her husband, Jon the Plumber, began as a bla…

Leah Glickman said she moved into her apartment at 500 Seneca, a newer renovation in Larkinville, because the neighborhood felt “right.” (Matthew Digati)

The backside of Heidinger’s Larkinville residence. Her dad, Tom, an electrician, did most of the renovations.