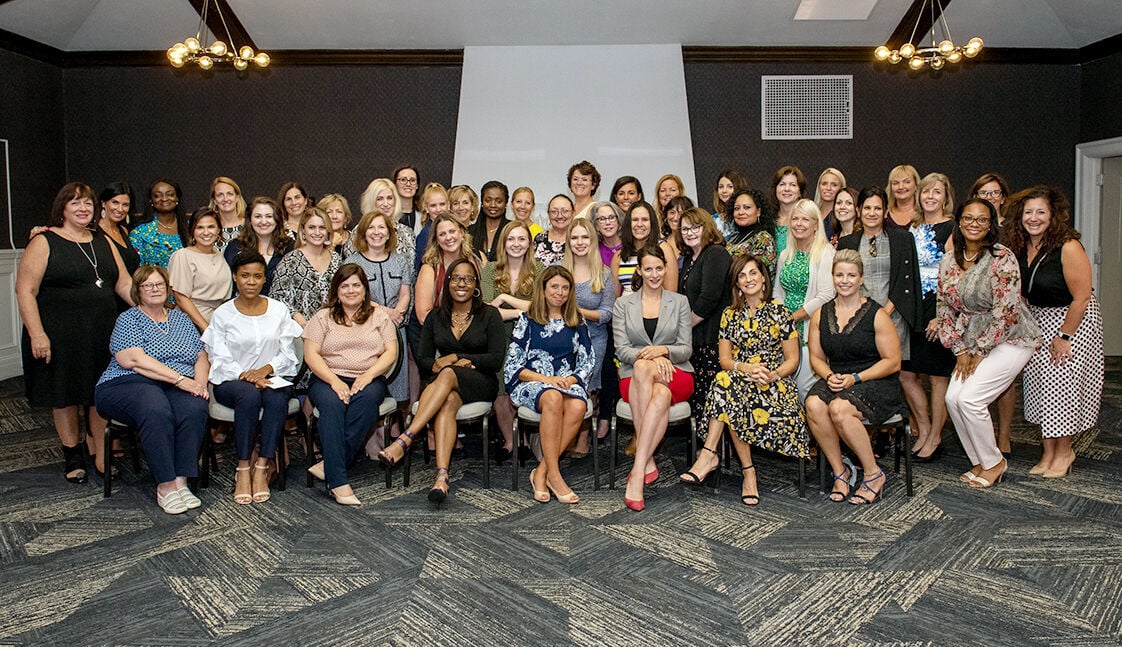 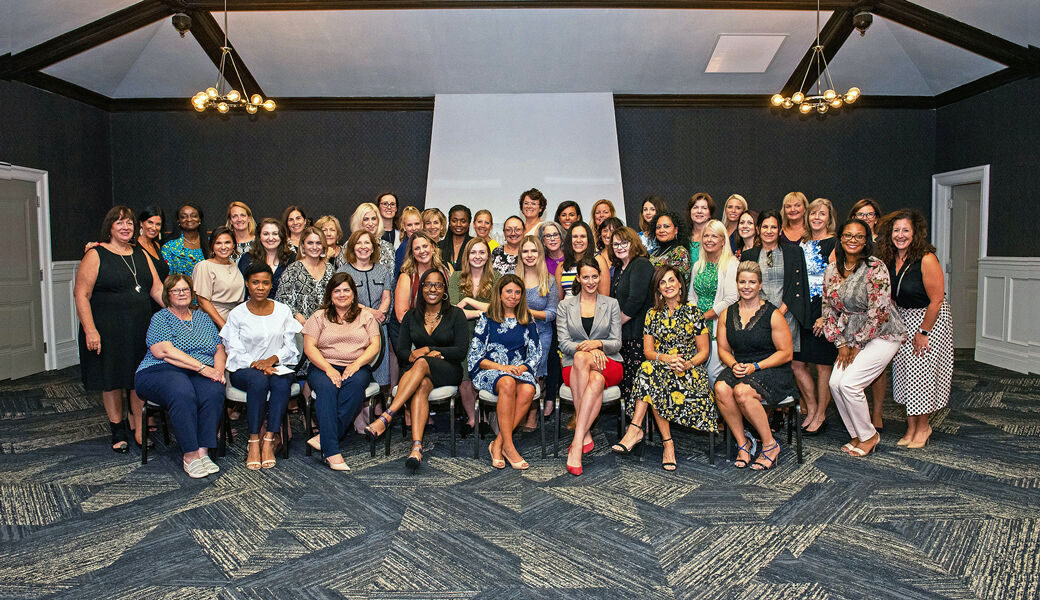 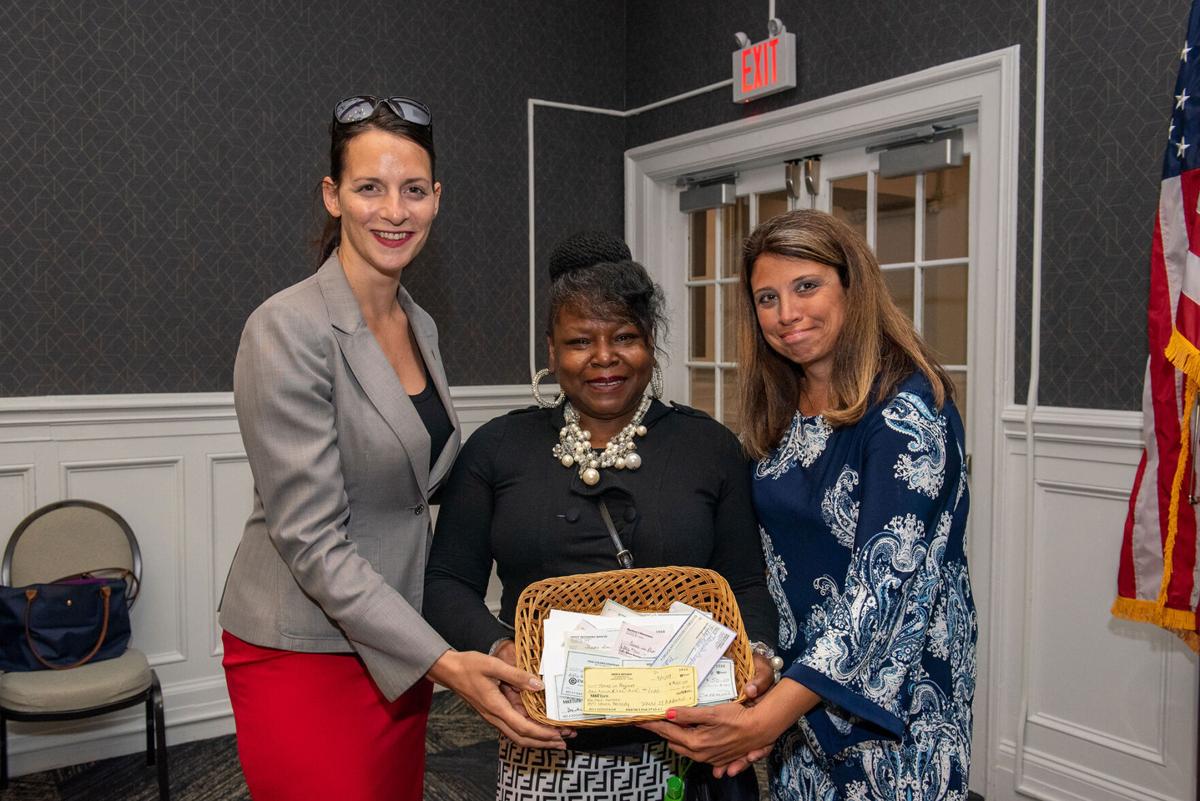 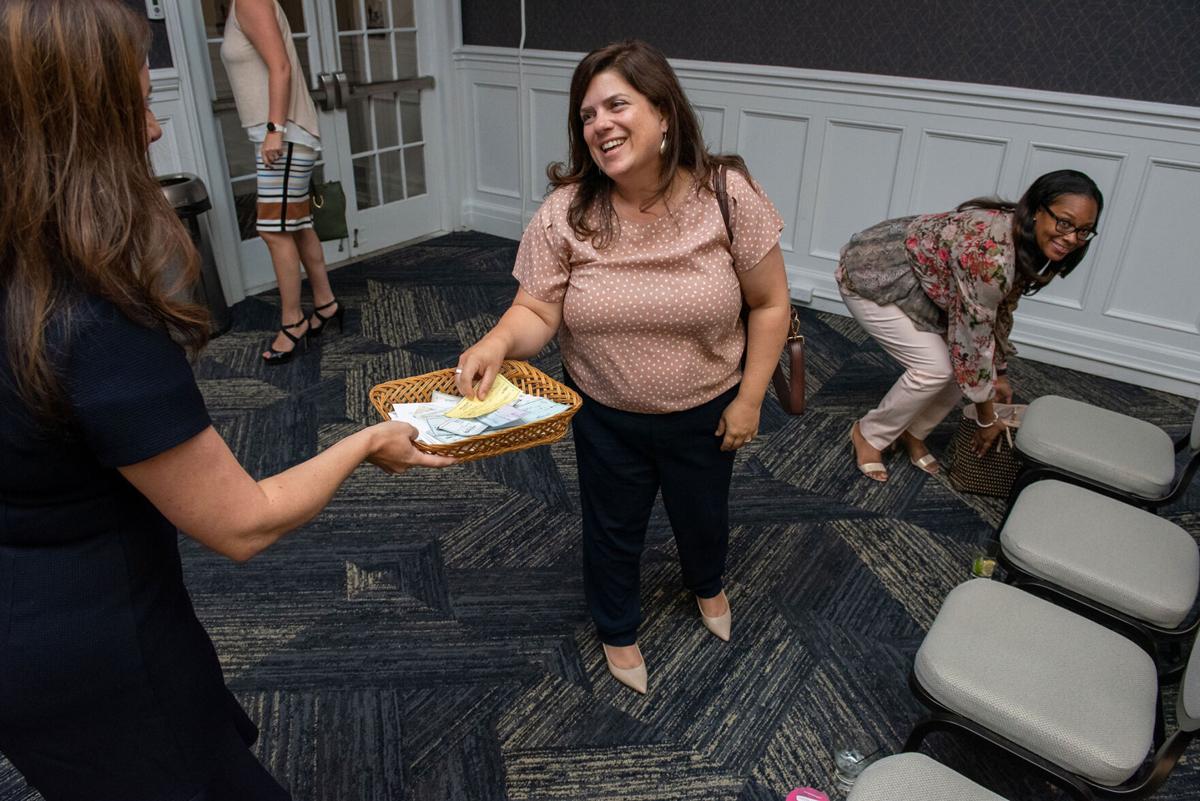 Women vote for one of the three organizations that the Grant Committee selected by placing their $50 checks into a basket.

When Lisa LaTovato walked out of Congresswoman Louise Slaughter’s funeral in March of 2018, she knew her life was about to make a transformation.

The former congressional aide had learned about women’s issues at the knee of Slaughter, the Western New York Democrat who served as the first woman to represent her district from 1986 until her death. Slaughter was one of the guiding forces in LaTovato’s life.

The other was Elsie Dawe, the former vice president of Kaleida Health Foundations who hired her in 2004 as senior development associate for Women’s and Children’s Hospital of Buffalo Foundation. For the next 14 years, LaTovato sharpened her fundraising skills under the guidance of Dawe.

“These two women were essential in my career,” says LaTovato. Elsie retired in February 2018 after 32 years, and when Slaughter passed away a month later, LaTovato knew it was time to shape her own legacy.

That spring she asked herself how she could make an impact. Through her research she came across the concept of Giving Circles, a form of philanthropy where individuals pool their own money and collectively decide where the funds should be distributed. Although this widespread movement has been growing across the country, LaTovato was pretty sure there was nothing like it in Buffalo.

By the fall of 2018 she had created the Fifty Fabulous Women Giving Circle. Their first meeting was held this past March, to honor Women’s History Month and the first year since Slaughter’s passing. What started with 13 members has blossomed by word of mouth alone. To reach their goal of 100 members by November—a milestone they ended up hitting in September— LaTovato encourages everyone to “bring a friend and tell a friend."

The all-volunteer organization meets four times a year, with members writing a $50 check on the spot. Prior to each meeting the Grant Committee narrows the selection to three organizations, and each presents for five minutes at the quarterly meeting. A vote is taken, and the checks are then bundled with 100 percent of the contributions given to the chosen charity.

To qualify for funding, the organization must promote the Buffalo community and the well-being of women and children, serve within the eight counties of Western New York and have an operating budget of less than $700,000. The first beneficiary, selected at the group's September meeting, was local teen mentoring program Teens in Progress, which had received no prior funding.

Although the concept of giving circles have been around for hundreds of years, initially they were adopted in communities that were under-represented by traditional philanthropy. Today, Angela M. Eikenberry, a professor of public affairs at the University of Nebraska and part of the Collective Giving Research Group, says they “are emerging as traditional philanthropy becomes more bureaucratic. Over the last decade, they are forming to make things more personal, giving directly to organizations where people live.”

Marsha Morgan, chair of the Community Investment Network (a network of African-American circles), says that “Giving circles are a major part of the future of American philanthropy.” Starting in 2018, the Bill and Melinda Gates Foundation has led, along with 19 other funders, support for giving circles and networks across the country that align with the Gates’ increased focus on women’s needs and gender equity.

The movement has been heavily dominated by females. Of the 706 giving circles surveyed in 2017 by the University of Indiana’s Lilly Family School of Philanthropy, 640 where lead by women. Furthermore, The Collective Giving Research Group, in partnership with The Women’s Philanthropy Institute, found that giving circle members give more, give more strategically and to a wider array and number of organizations. Nationally, funds distributed through collective giving have tripled between 2007 and 2017, totaling more than $1.29 billion, according to Indiana University.

Clearly, LaTovato has hit on a growing phenomenon. In addition to the impact giving component, she envisions her group to be a learning community, a network and support group for women who view philanthropy as a vehicle for social change. By holding meetings in various venues across the city, her hope is to expose members to smaller charities and experience what the area's revitalization is all about—an organization that learns and represents what Buffalo is now.

For Denise Williams of Williamsville, one of the group’s first members, the appeal was the immediate impact her donations would make as well as having a direct influence on where her dollars were being utilized. An added bonus has been the interaction with “professional women from all walks of life, all ages and backgrounds, that have joined together to help local charities.”

For LaTovato this is a passion and legacy project. “The only way Buffalo is going to move forward is with social involvement, with people who are dedicated to organizations that are helping Buffalo,” she says. “We are a nation of women. Together we believe we can make a difference here in Western New York.”

3 podcasts by Buffalonians to stream now

As the global pandemic doubled down focus on virtual entertainment options, podcasts have naturally seen a surge in both listeners and creator…

Women vote for one of the three organizations that the Grant Committee selected by placing their $50 checks into a basket.