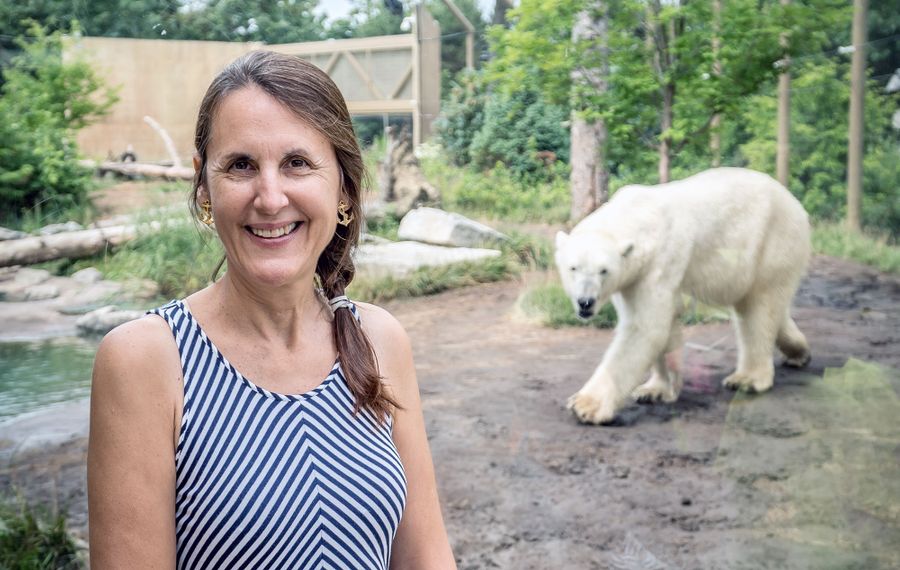 It’s an impressive list of cultural developments in recent years…in many cases, after long periods of languor.

The "cultural comeback" seems the result of a confluence of factors: Buffalo’s general resurgence, visionary organizational leadership and a funding pool that’s bullish on local cultural growth – all of which has created a receptive atmosphere and the recognition that these organizations needed to grow and  innovate.

Patrick Kaler, president and CEO of Visit Buffalo Niagara, the region’s county-funded tourism marketing organization, has been in Buffalo and in the position for about four years.

"Part of the impetus for arts and cultural organizations coming to the fore now was the Buffalo Billion," he said. "With $800 million of public and private infrastructure investment, including HarborCenter and the medical campus, and the bed tax from all the new tourism, it’s starting to come back to the arts and culturals. Buffalo already had the ‘bones’ for these organizations in place — the amazing architecture, the Albright-Knox and all of those things."

Dottie Gallagher-Cohen, president and CEO of Buffalo Niagara Partnership, is a native Buffalonian and a longtime city and regional booster; for three years, she held Kaler’s current position at the VBN.

"This moment has been a long time coming — it’s taken years of iterative improvement coming from people with vision," Gallagher-Cohen said. "We needed a new zoo, so Donna [Fernandes] methodically worked towards that goal; the same can be said for the Science Museum’s vision. There’s an overall commitment to making things better. One of the common threads has been great leadership, combining vision with tenacity."

She also mentioned the impact of modern-day philanthropists, like local businessman Howard Zemsky and the late Stan Lipsey, former publisher of The Buffalo News.

As befits the head of the region’s largest chamber of commerce, Gallagher-Cohen has a practical view of the uptick’s benefits.

"We now have a stronger ‘value proposition,’ both as a destination and a place to live," she said. "Six or seven years ago, almost every set of experiences for a family had to start with Niagara Falls — now, with the Museum of Science, Canalside and the Zoo, combined with Buffalo’s architecture and Olmsted Parks…the city’s morphed into a world-class destination. So, instead of leading with Niagara Falls, add it to all that."

Within the next year or so, a brand new, $27 million Explore & More Children’s Museum will open at Canalside. The new family destination promises to make the site, the repurposed former Erie Canal terminus, an even bigger draw — one that continues to fulfill the vision of "the new Buffalo": both as a stay-at-home cultural destination and an entertaining, welcoming place for tourists.

Tony Conte, president emeritus of Shea’s Performing Arts Center, says that both attitude and development money have spurred growth in the arts and cultural sector. "Seeing the 10- to 12-year shift from demolition to construction made people start to feel good about our community," he said. "I like to think that Shea’s contributed to that and was a catalyst — over that past 20 years, we spent $38 million restoring the theater. Between our three venues, we now bring 250,000 to 300,000 people downtown each year. We’re growing and building audience, and the whole community has taken that same approach. With Canalside and the medical campus, everyone can see and feel how downtown is coming back."

One of the most vaunted projects is the now-complete $50 million restoration of what’s widely considered one of Frank Lloyd Wright’s masterpieces, the Darwin Martin House Complex.

Martin House Executive Director Mary Roberts is justly proud of the accomplishment. "When we started, even with support from [former U.S. senator] Daniel Patrick Moynihan, [attorney and community leader] Bob Kresse, and Stan Lipsey, there was no guarantee that we would succeed," she recollected. "However, here we are, after a 25-year journey; we’ve raised the profile of Buffalo’s architectural legacy and the Martin House in many ways. We see positive signs, like more visitors, coming from different places, as well as national acclaim."

M&T Bank Chairman and CEO Bob Wilmers was also an early Martin House supporter — he and the company he leads have contributed to many projects before and since then. Wilmers holds that it’s incumbent on institutions in communities to be involved; to do what they can to enhance the quality of life there — for employees, families, and the city or region.

Wilmers believes that Buffalo has always been "Buffalo"; it’s more the mindset that’s changed—maybe with a bit of help.

"This is as a great a time as any; Buffalo has more attributes than some, and less than others," he said. "Years ago, there was a feeling that there was no money. But look at the Martin House, the Albright-Knox, the Philharmonic — pick the organization, they seem to be able to raise money now. These institutions have always been there, it was just a question of bringing them to the fore. If we could help, we did."

Buffalo’s historic status as an industrial-era stronghold was instrumental in the formation of many of these organizations. With money to burn and long winter months to get through, early titans of business sought to elevate society. That urge transformed many citizens into arts and cultural philanthropists as well as consumers.

"Buffalo’s always been there during our tough times," said JoAnn Falletta, music director of the Buffalo Philharmonic Orchestra. "This community has always treasured the orchestra — and we deliver the best. It comes down in part to that special relationship and connection."

Dan Hart, BPO executive director, added, "In the past 10 years, our endowment has gone from $7 million to $38 million — we’ve had spectacular board leadership from people like Ange Fatta and Lou Ciminelli. For long-term survival, which includes growth and appropriate revenue streams, you need that kind of vision.

"During the early 2000s financial crises, arts organizations got a renewed sense of how appreciative the community is," said Hart. "There was a surge of support that basically said, ‘We can’t lose these institutions.’ Private foundations, like the Baird Family, have a huge impact."

The Buffalo Zoo is an example of a historic institution that needed to rethink itself and prove its place in the community.

"When I arrived in 2000, the zoo was at risk of losing its professional accreditation," said outgoing President and CEO Donna Fernandes. "Since then, with generous support from public partners, including the city, county and state, and the private sector, including individuals, foundations, and corporations, we’ve raised more than $50 million. We’ve constructed modern, larger and naturalistic exhibits to attract visitors year-round, such as the M&T Bank Rainforest Falls and the Arctic Edge. That, plus updating our events, has led to increased attendance and membership."

Buffalo Museum of Science President and CEO Marisa Wigglesworth, who’s been leading the museum less than two years, credits preceding "bold leadership" that led to a reimagining of the institution’s building, who its audience is, its engagement with that audience, and its purpose in the bigger picture.

"Our leadership rallied the community; said we’ve got to do better, to provide science learning and STEM opportunities," said Wigglesworth. "With great fundraising leadership, they raised money to redesign passive exhibits as interactive ‘studios.’"

Wigglesworth is amongst others who note, in effect, "what didn’t kill Buffalo, made it stronger."

"Maybe it was those challenging decades that created the economic circumstance for the current opportunities here," she suggested. "There’s still affordable and accessible real estate…perhaps we’re now enjoying the pendulum shift — with these positive things comes great potential."

"In the short time I’ve been here, I see younger people staying at a slightly higher rate," Wigglesworth added. "Folks from other countries are arriving; changing the dynamic and demographic. We all need to think about meeting the needs of these audiences."

The Albright-Knox Art Gallery has spent a great deal of time thinking about its audience. With ambitious institutional- and community-driven expansion goals, it has recently met a record-breaking $42.5 million matching gift from private citizen Jeffrey Gundlach — enabling it, as AKAG Director Janné Siren said, to "think big."

Siren again credits visionary predecessors, the historic support of people "in key positions from Albany to Erie County to Buffalo," and a community committed to the gallery — one of the oldest in the nation, and one that’s internationally acclaimed.

"People both here and outside are starting to understand what a global asset the AKAG is," said Siren. "Through campus development, we can become a real economic driver, part of the rise of cultural tourism and increasing vitality."

Buffalo’s current economic vitality — driven both by development and culture — has a much larger context, attested Siren. "After the wall fell, with all the cheap available real estate, Berlin became a hub of artistic practice in Europe. And in Bilbao, they had to reinvent themselves post-industrial era as well," he said. "Buffalo has components of both Berlin and Bilbao — and with Canada’s proximity and access; that international connection adds an important dynamic to what makes us 'Buffalo.' "