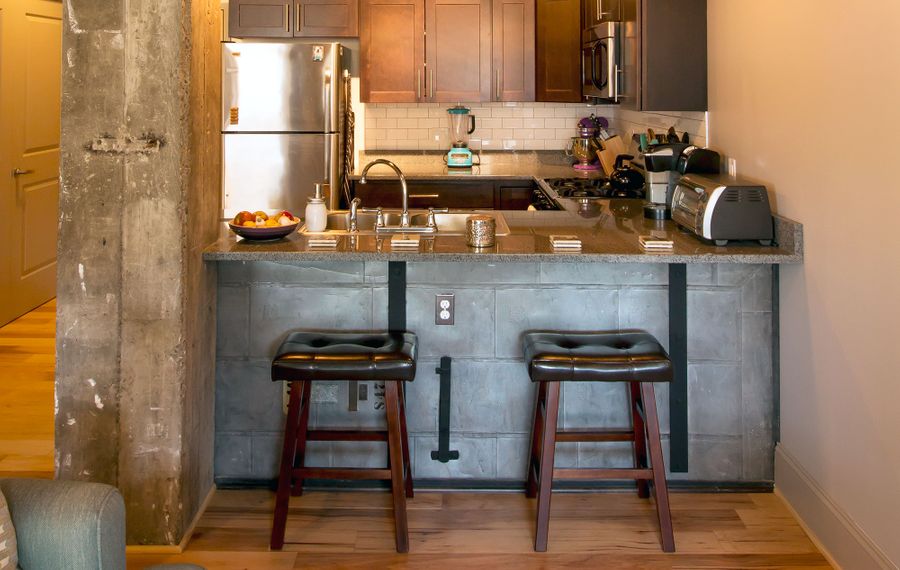 In addition to a flurry of business activity, including Resurgence Brewery, Ru’s Pierogi, Body of Trade and Commerce Gallery, and more recently Love in Motion yoga studio and Bootleg Bucha kombucha brewery, the area has attracted a slew of residential developers who are pouring heart, soul and capital into the once dormant corridor.

“We were definitely excited for the challenge of being a pioneer in an area that was in need of some redevelopment,” said Angelo Natale, who partnered with Bobby Corrao, Carl Savarino and Frank Parisi to transform the former Bison Storage facility at 1502 Niagara St. into the Crescendo Lofts, completed in September 2016.

Phenomenal views of the river and city, easy access to thruways, tremendous community support and major infrastructure improvements were other drivers in developers’ decision to head west.

Ciminelli recently purchased the old Mentholatum building at 1360 Niagara St. at a total project cost of $19 million, which includes the building’s rehabilitation and remediation of two adjacent properties.

Ellicott Development has been more than a little busy along the swath, as well, completing both 960 Busti and 1088 Niagara Street as mixed-use facilities in 2016. Work is also scheduled to begin on 1050 Niagara, the former Niagara Lithograph Company. The company’s director of development, Tom Fox, was quick to point out that community group Vision Niagara has played a substantial role in the redevelopment projects and investment popping up along the street (see sidebar).

If you build it, they will come

River views, like this one from the Mentholatum building (currently under renovation), are a big part of the draw to Niagara Street. (Dave Jarosz)

Proximity to the heart of the city has resulted in high demand. The Turner Bros. Lofts at 295 Niagara St. were unveiled last June, and all 40 of the one- and two-bedroom units were spoken for within two months, said Max Schneider, vice president of property management for Schneider Development, LLC.

The move west for many developers had a lot to do with supply.

“We’re kind of running out of historic buildings downtown, so people are looking for new areas to develop. It was a natural next step,” said Schneider.

While Niagara Street may have suffered from decades of closing businesses and neglect, its historic industrial past is being recaptured. Developers have gone to great lengths to incorporate character-rich design elements like exposed brick walls and ductwork, steel columns, repurposed storage facility doors and restored or replicated daylight factory windows into the high-end apartments to reflect the area’s warehouse district roots.

Here’s a closer look at some of these developments.

The exterior facade of the Crescendo Lofts was kept to maintain historic preservation elements, while the inside has been fully modernized.

Once four different buildings, the former Turner Brothers bottling factory and later American Household Storage facility has been fully converted into one. Each corner has its own characteristics, including clay speed tile, exposed brick, original advertisements and hanging storage doors. Granite countertops, hardwood floors and stainless steel appliances can be found throughout the 40 units. Residents also have access to in-unit laundry, on-site and gated parking, fitness center, rooftop deck and Ru’s Pierogi on the first floor.

The original midcentury modern design of the executive office and boardroom will be incorporated into two apartments at The Mentholatum.

Former headquarters for The Mentholatum Company and more recently the home of Garrett Leather, this 80,000-square-foot building hopes to be accepting tenants in early 2018. The 50 one- and two-bedroom units will offer spacious kitchens, walk-in closets, double vanities, pantries, in-unit laundry, fireplaces and high-level finishes. Six of the first-floor units will have outdoor patio space facing the Niagara River, and the former railroad loading dock will be exposed and serve as outdoor patio space on the backside of the building. Other plans include a bicycle storage room, outdoor recreation space, dog wash and attached commercial space.

This new build with a brick, commercial-looking façade was intended to blend in with the character of the neighboring properties along Niagara Street. In keeping with the urban fabric, it was built right up to the property line, with parking in the back. The three large, second-floor units feature stainless steel appliances, bistro-style kitchens, custom cabinets, in-unit laundry and designer lighting. A Tim Hortons is located on the first floor.

Much of the historic character of this former Buffalo General Electric Company warehouse was retained, including steel columns, open, concrete ceilings and refurbished original wood windows on the east elevation. In addition to the amenities of 1088 Niagara, high-end features in these one-, two- and three-bedroom residences include custom kitchens, porcelain tile baths, and quartz countertops in the kitchen and bath. A vehicle ramp in the basement with indoor parking for about 30 cars is in the works.

No signs of slowing down

Starting out as a loose consortium of residents, business owners, investors, planning organizations and property owners more than seven years ago, Vision Niagara has worked with other community partners to bring improvements to the Niagara Street corridor including innovative redevelopment, bicycle and pedestrian friendliness, and green design projects like Grain to Green – the conversion of a DEC cleanup site at Niagara & Lafayette to a park-like setting.

The group’s latest cause is to lead the repurposing of the Belt Line railroad trestle into a publicly accessible green space, similar to New York City’s High Line. Upcoming events include bicycle and walking tours and cleanup parties. For more info, go to VisionNiagara.org.